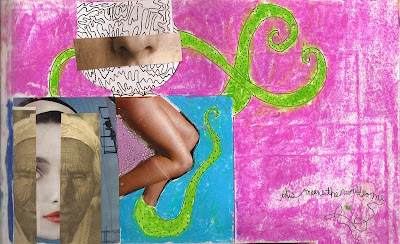 It's been years since I've seen her hands. They were tiny brown hands, sun spotted and wrinkled with age, yet fingertips nimble from her nightly crocheting of blankets, house slippers and doilies that she would make while watching her late night Japanese soap operas. I would stand tippy toe at the kitchen table just to watch her hands fly around steaming hot mochi as she expertly rolled her wooden knife across the sticky white dough, cutting long strips that we would all receive to cut into little balls. I would always sneak the fresh mochi balls, twisting in the pleasureful agony of the burning hot mochi sticking to roof of my mouth.

Every year her hands would fly. Her hands with fingernails painted in reds and pinks and magentas. Every year except the year she got diagnosed with cancer.

And then I never saw her hands fly again. But I remembered.

Years would pass before I realized that my younger cousins had never experienced Grandma’s flying hands. Perhaps, I thought, Moms and I could host mochitsuki, and they could learn what her hands had taught me. So the moment came when the first batch of mochi was ready. We tried to scoop it out but the machine part got imbedded in the stickiness. It was finally on the third batch when I remembered Grandma's hands reaching into the machine to pick up the mochi while it was still spinning, flying to place the piping hot blob of dough upon the table. Without even thinking, my hands reached in, cupping the mochi with my fingertips and flinging it lightly upon the tabletop. I instinctively picked up the wooden knife and began to roll over the mochi, cutting long strips for each auntie.

And with that, her hands flew again.

(In memory of my Grandma Sue Nakaoka Matsushima)