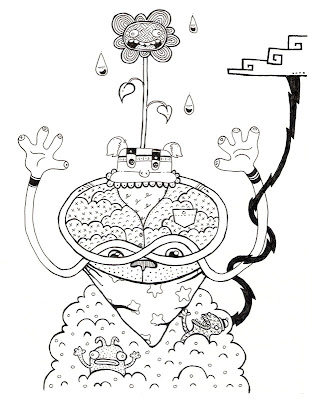 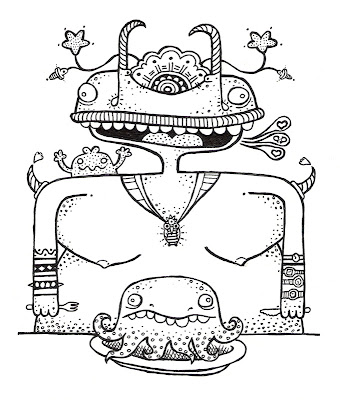 today I got to collaborate with Jesse Chapo, an artist that I respect very much. we both worked on the pieces above. I met Jesse in a 3D animation club. I soon quit because I have such a hard time with computers. Jesse on the other hand is the best graphic designer I've met. he was one of UCSD's main graphic designers last year. He worked on the Peg and stuff. Jesse is also one of the nicest and most down to earth artists I've met. check out his stuff at http://www.chapolito.com/.
peace.